I love knitting, and quite like crochet too!  I decided to work through my large stack of knitting yarns before they took over my spare bedroom, and as I didn't need any more garments or blankets I have opened a shop on Etsy to display the things I have been knitting.  I especially like making baby blankets and colourful crochet throws, and using luxury yarns such as wool, silk, cashmere and more.

Here are a few of my creations: 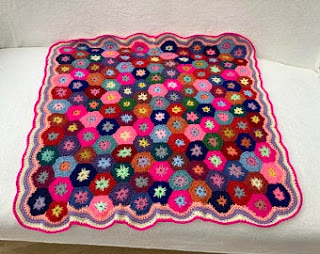 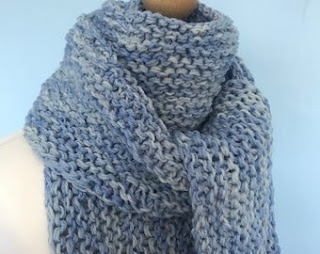 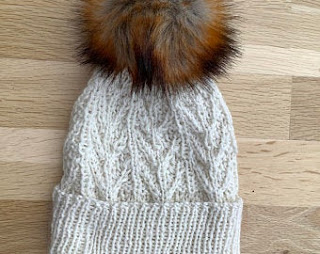 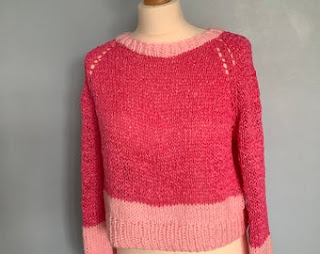 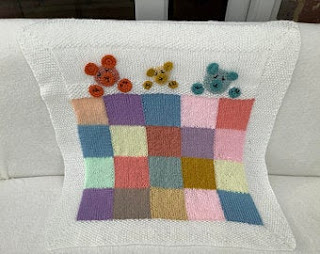 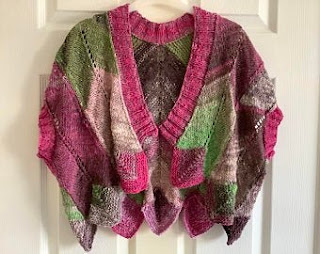 Many more things to come!

My shop name is knitstobuy

This is a new pattern that I am very pleased with and it has been selling well.

It is a simple edge to edge cardigan in a soft worsted yarn, top down seamless construction, and very easy to knit.  Mainly stocking stitch with garter stich edgings.  Very easy to knit and to wear.

It is called Simply Classic 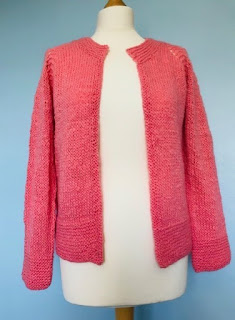 The pattern is available from lovecrafts or Ravelry 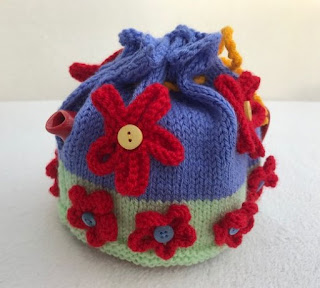 This is my latest knitting pattern, a bright and cheerful cosy for your teapot.

Instructions are given in the pattern for two sizes of teapot, either 7.5 or 20 inches in diameter, but the pattern is easily adjustable for any size, full details of how to do this are given.


The pattern is available for instant download, either from www.ravelry.com or www.lovekitting.co.uk 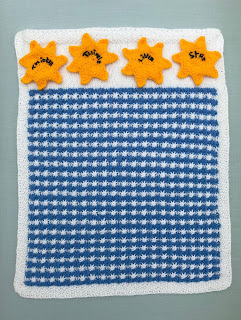 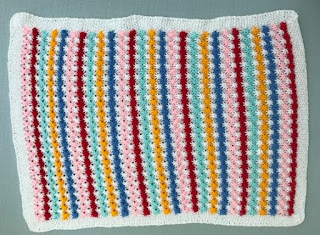 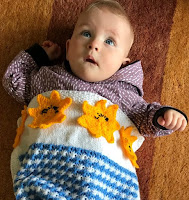 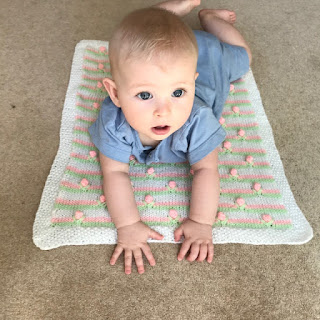 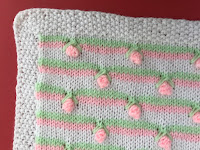 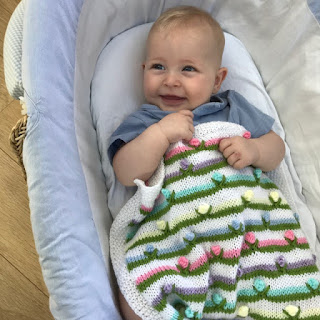 I am currently knitting many baby blankets for Project Linus, and although I found lots of patterns, I really wanted something 'pretty'.  So I came up with two new designs, which can be made in various colours for variety.    All these charity blankets are made in DK, acrylic for washability, so the patterns are ideal for using up scraps.

Both blankets have a seed stitch border which is knitted onto the main patterned section.  Full instruction for knitting, together with clear photos for the stitches, are given.

I have found this fabulous yarn from King Cole with colours that reminded me of a Monet painting.  I thought it needed a simple design to show off the yarn, and just lately I much prefer knitting top down and seamless, so designed this easy to knit sweater.

It has raglan sleeves and is knit in stocking stitch with garter stitch bands. Because it is knitted in the round there are no mis-matched stripes. 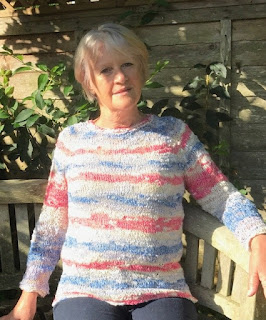 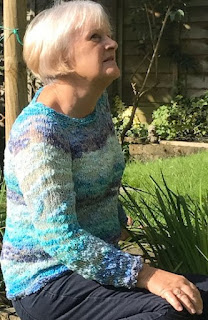 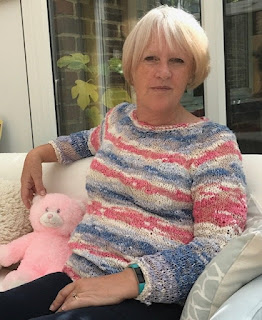 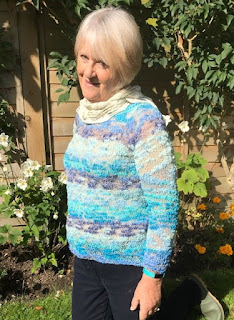 And the yarn is so economical to buy!  I needed just four balls for my size.  It is a lovely cotton mix yarn that drapes well, and washes in the washing machine.  It is a thick and thin yarn which knits to a bulky gauge, so is very quick to knit, and it produces a random lacy look.

I think there may be more Monets in my future knitting plans.

The pattern is available to buy from www.ravelry.com (Monet by Helen Cox) and www.loveknitting.co.uk  (Monet)

Time to knit for Christmas AGAIN!

I've been busy designing yet more patterns for that pesky little elf who sits on a shelf in the run up to Christmas.  Lots more outfits to give your elf some scenarios to work with!
My first pattern includes designs for a Ballerina Outfit, a Swimsuit and Bag, a Skirt, a One-piece Sleeping Suit, and a Toy Doll.

Easy to knit out of scraps of DK yarn, finished in no time. 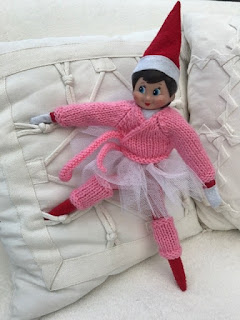 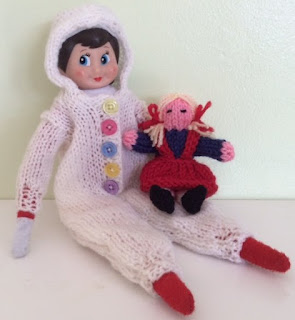 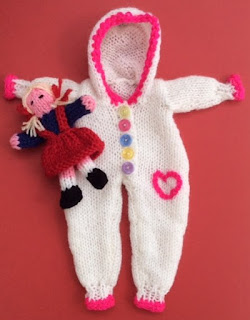 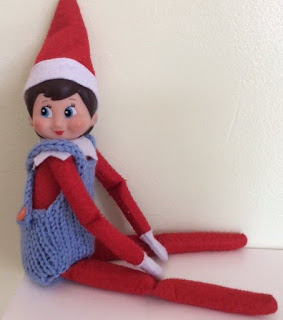 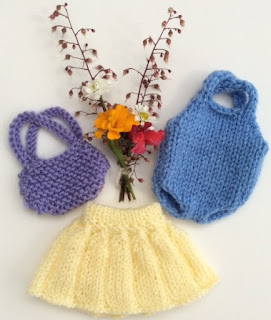 This collection of patterns can be bought from www.ravelry.com, and is also available from www.loveknitting .com

My second selection of patterns includes a Football outfit, an Argyll sweater, Shorts and Trousers, and a Teddy. 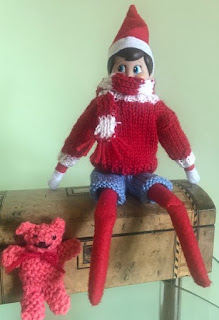 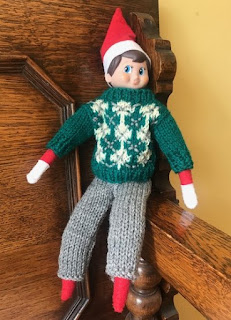 This collection of patterns can be bought from www.ravelry.com, and is also available from www.loveknitting .com


These designs are in addition to the previous collection of sweaters - See Below.

Enjoy your Christmas knitting and keep your elf up to his antics!
Posted by Helen at 4:16 pm No comments:

Christmas is coming! Time to start knitting for your shelf elf.

Time to start planning your Christmas knitting.  Do you have one of those little elves that sits on the shelf in the run up to Christmas?  This easy to knit pattern gives three designs of sweater that can be used to change his outfits each day.

For each design you will need scraps of DK yarn, and a pair of 3.25 needles. 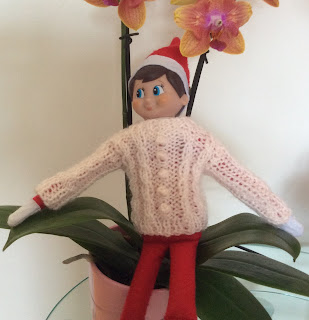 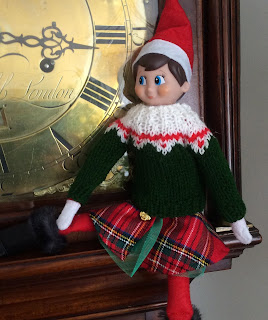 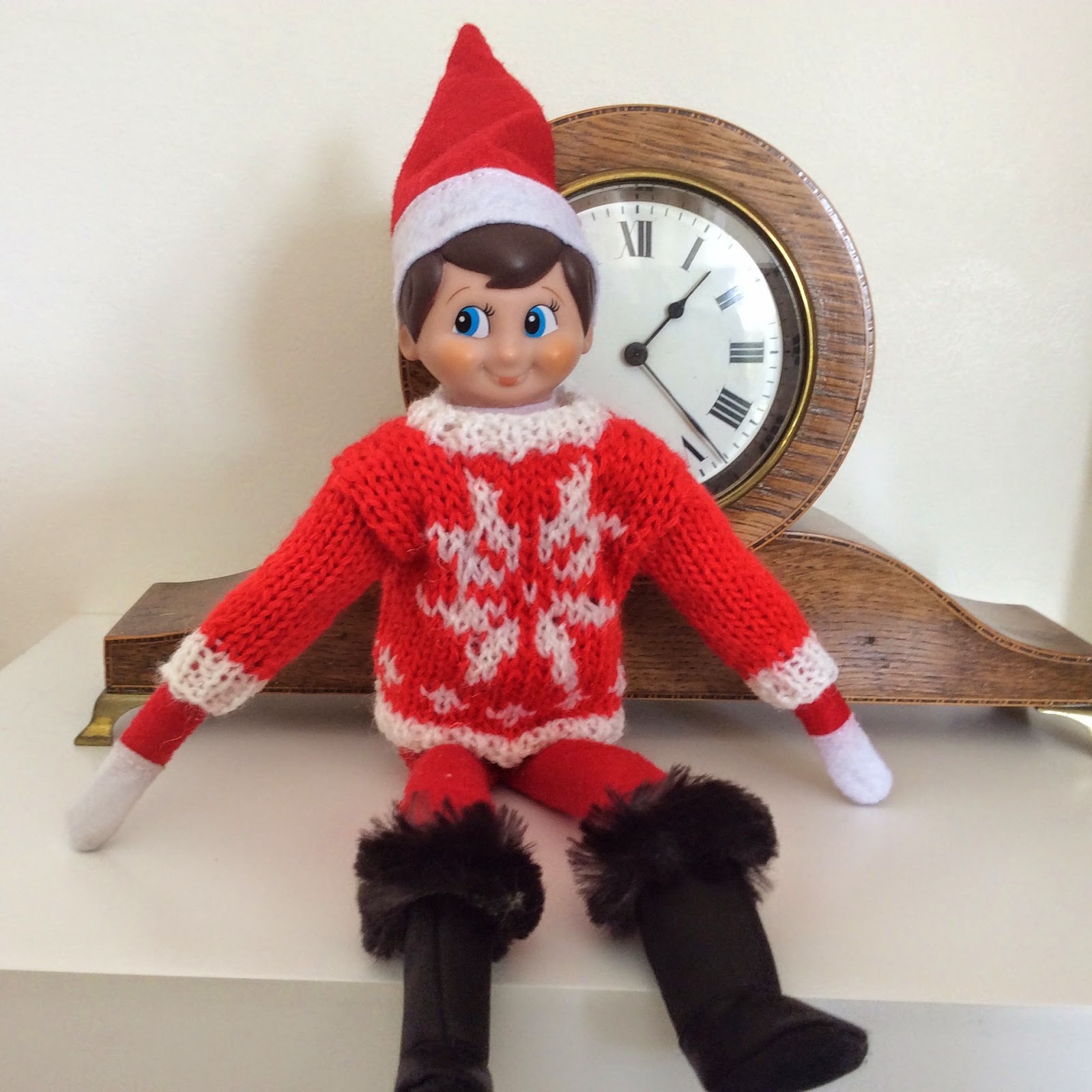 The pattern costs $6 (Approximately £4.80) and can be ordered for instant download from Ravelry with payment by Paypal from the link below.

OK, so I have got a bit frustrated with a couple of patterns lately so I thought I would have a rant and get it off my chest.

Two of the patterns I have bought in the past year, at a cost of about £5 each, have several errors, one of them numerous errors.  I have read the comments on the well-known site where I bought them, and errors have been pointed out to the designers, sometimes years previously, but neither pattern has been corrected and they have been sent out unchanged.  There are no errata lists.  I even found one error not noted elsewhere, and sent a note to the designer.  She replied that most knitters would have seen it as an obvious mistake and not bothered to tell her.  Designers please check your patterns more carefully and do not sell them until mistakes have been rectified.

Both patterns are laid out in a peculiar, none-intuitive way, with a first couple of pages full of vague instructions, such as "you will be doing this, this and this at the same time and don't forget to increase here and decrease there according to your size" and so on.  I know of one designer who handles this in a perfect way, by producing a table, with consecutive row instructions downwards on the left hand side, and different sizes across the top.  Just highlight the right column for your size, and off you go!
With both patterns, I had to sit down with paper and pencil and rewrite them row by row to be sure I had got it right.  This is what I was paying the designer for!  In fact I could have reverse engineered both patterns myself from the pictures, but I thought I was saving myself the bother.
Also one of these patterns (they were both top down) used the same instructions for the front and back, with no neck shaping.  Hence the front would  not dip, and not fit well, or at least would not fit me.  I can't help feeling that this was laziness.  I rewrote it to shape the neck at the front.  When knitting I also modified the pattern to take lace motifs to the edge of increases and decreases as the original pattern dealt with this by having acres of ss down the raglans and sides.

If you are expecting knitters to pay for your patterns, designers please take the time to write them well and easy to follow even for less experienced knitters, have them test knitted and take notice of what your knitters say!

OK rant over, as you were.